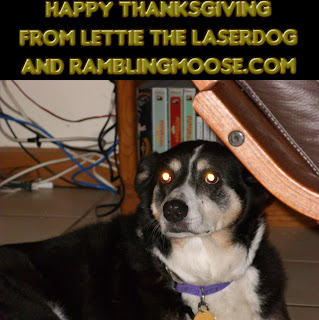 How do you take all the dried out pieces of the Thanksgiving feast and make them edible?

How about if all you needed was some gravy, veg, and a pie crust?

I have had enough bad turkey, overcooked beef roasts, and desiccated chicken at Thanksgiving dinner to actually look forward to this hack.

To be fair, I don't generally eat vegetarian or vegan, but this process is so simple that the gravy and protein ingredients can be switched with alternatives if you wish.

With planning, all you have to do is make is a Pie Crust and you can even buy that in the frozen section of the supermarket.

A pot pie uses the gravy you made for the Mashed Potatoes that was leftover.  It could be even jarred.

I will say that since we're having roast beef, my gravy will be Port Wine Beef Gravy.  Just reserve some of the gravy.

A pot pie always has vegetables.  Traditionally, at least in my own experience, it has Peas, Carrots, Potatoes, and Corn.  If you served all that, reserve it.  I was at the market Monday Night and bought a ... CAN!!!!

Mind you, the Amateur Nutritionist in me says always get the can with the lowest Sodium.  You may not to need to watch your salt intake... now, and you won't miss it.

Now, the Meat... Reserve the dried out bits, and some of the better cuts of meat.  Roast Ends, Wings, that top bit of the breast that wasn't exactly moist... that sort of thing.

Once you have made the Pie Crust (Recipe Below) or have bought one, it's time to assemble the meal.

This is all by preference.  Not mine, yours.  I usually add 12 ounces of Meat, 12 ounces of Veg, and enough gravy to make things appealing.

The Easy Pie Crust Recipe is as follows:
(Pretty much lifted word for word from this link so I can refer to it later)

For comparison, a traditional cold water/butter pie crust is at this link, but it would need to be doubled so you have a top for the pie.


First, add Shortening, Salt, Milk, Boiling Water to a mixing bowl.  Whip with a fork until smooth and creamy.

Second, add 2 cups of Flour to the mixing bowl with that fork until the flour is incorporated and smooth.

Finally, This will make a crust for a double crust pie, top and bottom.


P.S.  Save the scraps from the pie, roll it thin, and put a bit of jelly in the middle.  Fold over, crimp closed, and bake with the pot pie.  Makes a nice dessert.
Posted by Bill at 9:30 AM