How Different Is Preparing for Coronavirus from Hurricane Prep 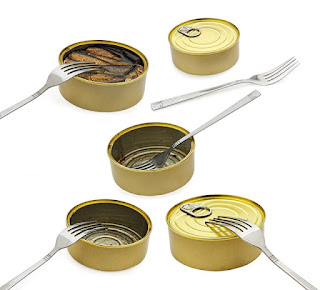 Image by ds_30 from Pixabay


Time for a bit of a ramble here.  After all, this is Ramblingmoose...

I am not so sure how different preparing for a feared quarantine is from Hurricane Prep, but here we go.

I have lived in South Florida since April 2006.  While we have had some near misses, we have to prepare for every hurricane like we're going to be directly hit by a storm that will be strong enough to take the power out for an extended period of time.

Every year, usually in June, but it extends back into May and forward as shopping trips allow as far as August, we start to shop.

Just Be Reasonable About All Of This.

There's a story of two new immigrants from Syria in the Dearborn Michigan area.  Their country was damaged by the war that is lingering there and they escaped.  They were in the supermarket not knowing each other and one asked "So how long have you been away from Syria".  The other responded "Not long, but look at these fools buying frozen food".  They could tell by looking in each other's shopping carts.

Basically, when the power goes out, most of the effort of keeping things from going wrong in your life will be expended in making sure that your frozen foods don't melt.

So, don't buy them.  Look for temperature stable foods, canned goods, and a REASONABLE amount of toilet paper and paper towels.

If you're buying up hundreds of rolls of toilet paper, you're a fool.  One roll per person per week is my estimate.  Even if you double that, 100 rolls lasts a year.  My own experience is about a roll of paper towels in about two weeks or so.  More if I am clumsy.

Water is much more important but ask yourself how often has water been completely absent from your life.  I can honestly say less than four hours in the metropolitan areas that I have lived in and it was because someone named "Gator" was working on our water supply pipes.

Slow down, for you to lose water service, you're talking a Mad Max kind of post-apocalyptic situation.  Get a case of bottled water, maybe two per person and fill your own jugs when things go bad.

Power is much more likely to go out on a given day than water.  I've had power pops almost every single week that I have lived in South Florida.  Power was two weeks off for Hurricane Irma.  Hurricane Dorian would have been much worse for Fort Lauderdale had it not punished the Bahamas so badly.

Your food in the fridge is now suspect when the power goes out for long.  The freezer has melted.  Prefer to eat your frozen food now before problems arise, put freezer blocks in the freezer once space appears.

Got a generator?  Enough Fuel?  I'm guessing that gasoline will be the next thing people will be chasing after.

But the Russians seem to have us taken care of with that.   After all, they're flooding the markets and pushing prices downwards.  I wonder how long it will be before gas is below $2 a gallon again?

Just be reasonable.  If you are tripping over huge amounts of frozen and refrigerated foods, you're not doing your best work.  On the other hand, extra canned and dry pasta is worth the effort.

Since it is Strawberry Season, I'll be canning Strawberry Jam this week to go with the Peanut Butter I have from Last Hurricane Season.  After all, fresh fruit doesn't stay fresh forever.

Besides you are really going to be sick of canned meat once we're back to normal in a while.

Anyone want a Tuna Hoagie?  Mmmm!  Can I trade a roll of TP for a tomato and an onion?
Posted by Bill at 9:59 AM