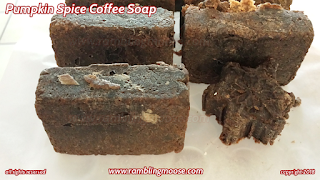 When I was in High School, I found that I had an aptitude for Chemistry.

The teacher was a stoner and disconnected from the subject, so I became that annoying kid who just "knew" the answers.   I'd have results on the labs that were within a tiny fraction of the expected yield when through.  Of course I aced the course despite what ever else was going on in my life, I've been amused by that.

At this point, I think perhaps I should have considered going into Chem.  The science of the subject, at least for Organic Chem and for the basics, were rather well defined and followed a logical path.

I haven't used it all that much since University, except in one rather unusual hobby.  Soap making. 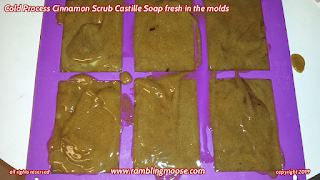 Making soap is not something that happens often.  Within my friends I can not think of anyone who does this.  Soap is readily available in markets, and some of it is very high quality.  By the time you become fully an adult, sometimes in your 30s or even your 40s, you've found something that you like and stick with it.

Lately, there has been a proliferation of alternate choices in markets and you can find things that your childhood self would have been confused with. 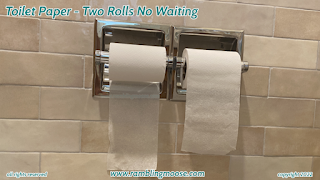 When we remodeled this house, we remodeled the Kitchen.  The old saying of Never Paint Your Kitchen is true - one change to a Kitchen cascades into replacing appliances, redesigning the walls... by the time you are done, you have re-tiled your entire house and are having a discussion with a Project Manager about something you never heard of before called a "Make Up Fan".

For the uninformed, a Make Up Fan is something that gets turned on to equalize pressure in your house when you turn on the ventilation fans in the bathroom or your kitchen.

But we created a kitchen that is perfect for making soap.  I, of course, save shipping boxes so that I can line the area creating a shield for our rather nice new walls, but the ventilation over the stove creates such a draft that that Make Up Fan does double duty.  I can actually roast coffee indoors, something that relegated me to the backyard.

Standing on the front porch making soap with blue nitrile gloves, a visor, and stirring chemicals looks awfully "Breaking Bad" even if it is completely innocent. 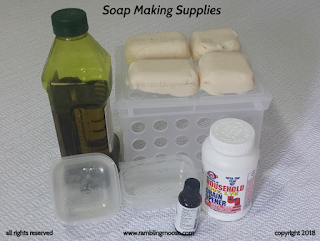 Making Soap on the other hand is a process that is greatly improved.  No, I do not recommend remodeling your house just to make soap or roast coffee indoors, but if I create a stove hood, and am warming oils to an arbitrary temperature of "Ouch that's hot" instead of "Instant Burning Skin" and then marrying a Witches' Brew of a precisely measured Water, Ice, and Lye, the resulting chemical gasses can go outside where they get diluted by the predictable breezes from the ocean to the east.

If I roast coffee, the neighbors know because it smells of a medium-light roasted Guatemalan single Origin.  If I make soap, typically it smells of Orange or Cloves or perhaps Cedar-wood.

Personally I am quite fond of the Cedar-wood soap that I make.  It smells like you're taking a shower in a forest.  Rosemary, Cedar, and other woody scents are nice in a humid enclosure like a shower with the mister turned on.

Also, since it takes at least a week if not months for the soap to properly cure, it takes over a spot in my house to air-dry.  I tend to make it in large batches of 3 or more pounds, a Kilo and a half are not uncommon, and my basic recipe is 50 ounces.

Add-ins are done at the end of the process, but have to be prepared first.  Oatmeal, Coffee, or some other abrasive are ground and set aside.  An ounce or two of scents are measured and poured off as essential oils in a glass jar.

Don't use plastic "Solo Cups" for a quick measure as I have had Essential Oils dissolve the plastic into a red stain in the bottom of the old sink.

Plastic has its place, and the trend away from 32 ounce drink cups in a fast food restaurant have me asking my friends for their large cups so I can make soap.  This way a Single Use Plastic gets used again before being disposed of, Properly.