First, let me make this completely clear.  All pictures were taken from outside of the building. No trespassing occurred.  The shots of interior spaces are with me holding the camera overhead and through a window.  I'm 6'4" and I have a real long reach.  Some pictures were taken through the existing fence between the holes in the wires.

Please re-read that in case you are unsure, no trespassing occurred. 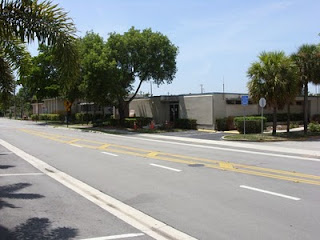 This is the view of the building from the street.  Probably the most complete view you're going to get from now on out.  Windows are knocked out, the Siren has been stored, the "HR Trailer Trash Trailer" has been moved off site.  The building actually looks from this distance like it's still in use but its de-energized and the inside has been stripped of what can be reused. 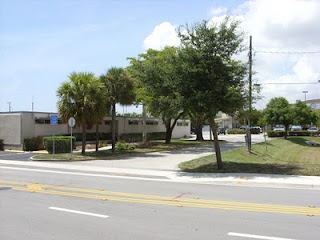 Here's where the "HR Trailer" used to sit.  When I walked over to the spot it still smelled like old cigarette smoke.  Years of it I guess! 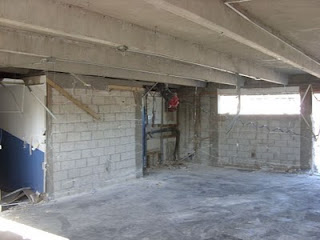 Holding the camera through a broken window pane shows what the old Police Gym looks like today.  The little closet in the corner mid frame is where the HVAC unit stood.  Now, its partially removed. 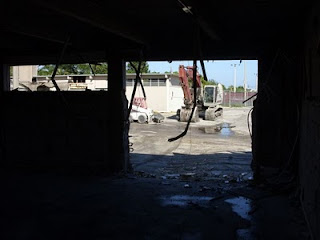 This is an interesting shot.  Its just to the right of the above shot.  I got it standing outside the window, holding the camera up over my head, through a window.  Aiming it to the right angle, I tilted it down to get the Bulldozer in the background that chewed a hole in the building. 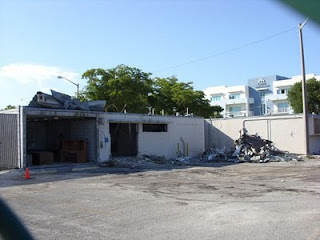 You can see the wires of the cyclone fence to the upper right and lower left of the frame in this shot.  This is the yard showing that window from another angle.  The PD Gym never had so much open space! 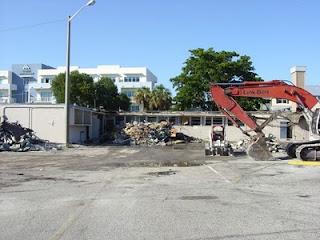 Here's the Scoop... of the bulldozer and the pile of debris pulled from the carcass of the old building.  No wires in this shot, the angle was just right from outside of the fence. 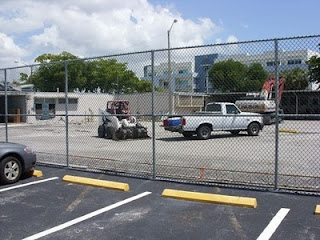 Finally, here's the view pulled back just a bit looking North East.  You can see the entire scene here.

I will continue taking pictures as long as I can get close enough from OUTSIDE of the fence.  I haven't been invited in and I don't want to step on anyone's toes.

The demolition is starting from this side of the building working toward the front facade that you see in the first picture.   When done, that last wall will be gone and the footprint of the old building will be paved over for a temporary parking lot.
Posted by Bill at 10:20 AM