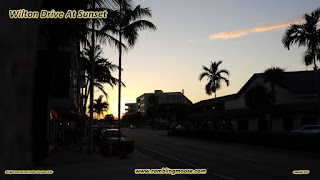 Have you gotten anywhere with it?
Oh that.   No, haven't started.  It's going to be a series of articles when I get started anyway.  It has to be.

Why a series?
Docker being what it is will need one to set it up, another to actually use the beast.  And besides, it's for my Linux audience anyway.  Us weirdos out there in the One And A Half Percent Of The Market that realize that my 5 year old laptop on Linux is faster than your brand new one out of the box.

Yeah Yeah Yeah.
Less Microsoft DRM Crap means a better experience.  Besides the only thing I ever do on Windows these days is write the blog and that's only because I have more disc space there to store all my photography.

True but you have Linux tools to do Photoshop, right?
Yes.  GIMP and Inkspace run natively, and I can run Irfan View under emulation on Wine.   I really do not need Windows at all.

So why not migrate?
The Windows machine has a bigger screen.  It's 15 inches, and the Linux machine is 12 but much faster with the same resolution.

Yeah yeah yeah...
Stop.  I have a picture to take.

Oh?
Even Rack stopped faster than you did.  Never mind that.  Hold the leash, look West down the Drive.

Like you said, the best use anyone ever got out of a Parking Meter is to use it as a camera mount.
Yep!  And with me using a phone as a camera, it needs all the help it can get.

The silhouette looks like that shirt I had for years.
The one of the Key West skyline?   You know that was a test shirt.  A Mistake.  It was meant to be multiple colors and they only got black on it.  I liked that shirt until my weightlifting made my chest too large to get in to it.  Wear it in good health.

So, that Docker Thing?
Yeah.  Installing it is trivial.  A couple commands on the Linux Command Line, then edit the .CONF file to configure it, then start the container install.  I guess I can get that much done by next week.  Over a beer.   Did I tell you that I did my best coding on a Friday Afternoon after a Guinness and a Roast Pork Sandwich?

Many Times.  Don't forget the horseradish!
That reminds me, I still have that in the freezer.  About 3 pounds of Pork Loin.  Will you ever try that?