Cold is something different in South Florida 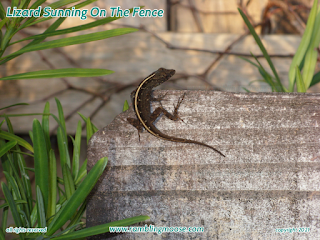 I heard that the weather turned up in the big cities.

Cold, snowy, annoying get the shovel, drive slow, snow drifts in the North.  In fact they aren't alone, there were videos of large snowfalls in Europe as well.

It means something different here, especially if you are cold blooded.

Oh sure, we aren't talking about ice forming on the windows in South Florida.  Cold is relative.  You try living in a house with a heater that draws as much power as the hairdryer your sister had in the 80s.  The windows here were slats of glass that were designed to let in as much air as possible.  Then those Jalousie Windows would leak all 1200 watts of power when someone sneezed down the block and you would feel that draft.

I have a far... better word to use, but won't on this blog since I try to keep things as clean as possible.

Anyway, we've gone through one "cold" snap, and here is a second one.  When the big cities up North get hit, we shiver in the non-freezing cold.

It may not freeze outside here, but you could be sure your milk would not spoil if you left it in the trunk of the car overnight.

Wandering around the yard looking to see where things were and whether I would have to set a tree in the pot upright, and I did, I spotted this little critter trying to warm itself on the fence before sundown.  These lizards have a habit of warming themselves all over the place in the sun until the last minute, and doing so stealthily.

After all, the local birds would gobble them up in an eyeblink if they spotted it.

I personally don't chase lizards out of the house unless they are becoming a nuisance.  They don't make much of a mess, and if they are living in here, the amounts of insects that survive here won't be so great.

As I have one more screen to patch on the windows, I will have to get my clear plastic cylinder that I dub the Lizard Transportation Device and carry one out to meet the one on my fence.  Harmless but I'd rather not have one drop on me from the corner.