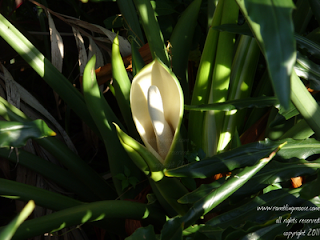 I spent Good Friday Afternoon on the phone.

Literally from when I got back from the Thai restaurant at lunch until dinner at a little past dog walk, I had a phone glued to my ear or was working on an email.

I had four different jobs shopped to me, a Project Manager in charge of Training which was fascinating enough for me to say to the recruiter that "Wow, that would be FUN!", a senior Project Manager at a company who is known to be over picky about their positions (I could give you chapter and verse and all the recruiters here know about it), a LAMP and PHP developer position (I'm qualified to be that guy's boss, but it's intriguing, I'll listen to any of these that are shopped), and an Executive in charge of Operations at a "growing South Florida company".   That last one was almost written from my resume, I've worked at that level before for three years as a remote consultant (Hi Carter!)

We shall see.  Any of the positions would be perfect.  All of them have enough "meat" to them that they would keep me quite satisfied for the next 10 plus years including career growth.

As you can see it was a hectic four hours.   In the middle of all of that, I was sitting with the trusty little laptop warming my left leg and trying to figure out how to reconfigure the thing so that F5 was really F5 and not "back track" in a media player.   The short answer is check your bios.

All the sudden my email comes up with a message from Kevin and no topic.  He had slipped out while I was talking family business and having recruiters leave messages.  Nice to be invited to the party even if your phone is pretending to be Newark Airport with planes circling waiting to land.

While I returned call number one of three, I had a picture pop up of the philodendron in the back yard.   Complete with that flower.  It was a very good one from the standpoint of sunlight and positioning, but being an iPhone picture, the colors were shifted blue so I wanted to retake this one which is the picture you see above.

This split leaf philodendron in the back yard is loving life.  There are two others in the back yard, all of which are getting ready to bloom with multiple flowers.   If I get "just the right shot" I will post those, especially the one plant that has at least 6 blooms waiting to pop open.  This being South Florida, it's in a sheltered spot and gets mostly indirect sunlight.  As a result it is huge.   This is a plant that has grown 6 feet tall and covers a 6 foot radius in the yard.  It's a blasted hedge!   When we cut a leaf off the plant, we stick it into a vase and it lasts for a couple days or even weeks looking deep green and like something you'd see in a florist shop up North.   I'd say "like" since this is at least twice as large as I had ever seen foliage in any of the florist shops up there.

With three of those plants, and a scattering of screw palms, bamboo, and other oddball assortments of greenery, my back yard has an almost perfect wall of greenery to shade it from the neighbors behind.  After all, if you want privacy, it is much better for the environment to have something living and green there than dead and grey and cut from a forest hundreds of miles away.

I doubt it is native, so it probably sucks down more water than it would had I planted some native grasses, but in this case, I doubt those grasses would give me the wall of green that I have here.  If we get a storm, I'm sure those big thick leaves will be shredded as they were in Hurricane Wilma did the year before we got the house.   For now, I'm enjoying sights like this in my own back yard.
Posted by Bill at 10:05 AM