Sure, I'll jump on that bandwagon since it's everywhere I see.   Google Insights for Search, Facebook, BBC, and other places I stop by on my usual nonsense every day.

It means that the sun has started moving South on its yearly Figure 8 track in the Tropics.   It happened while the US was asleep, so it's already Summer.

Love the heat?  Great, just wait a couple weeks.   There's a roughly 30 day lag between the sun of today and the heat in the environment.

Here in Florida, it's made it into the 90s already, and will be until October and off and on in November.

Tim would go out to his yard in front of his "Queenslander" on this day at noon and look down at the ground.  What he'd see is the smallest shadow of the year where the shade would be "in a little puddle at his feet".

Here, the sun will be about 86 degrees "due up".  For all intents and purposes, directly overhead.

So go out and do those things you usually do when you change seasons.  Today's the day.

No, really, you should check that... your toothbrush especially.   Use the old one to clean the tub grout.

If you drive by my house at noon today, I'll be somewhere probably looking at my feet and the shadow that isn't there. 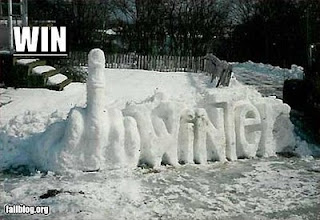 Just think in about 5 or 6 months you folks up North will be complaining about cold weather again!
Posted by Bill at 8:46 AM