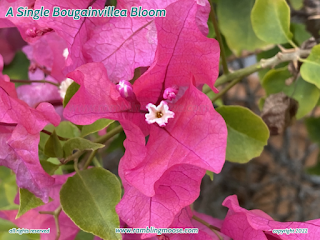 I have a very strong dislike of Apple products and their walled garden full of weeds.

So why am I using an iPhone, along with its stupid rules of capitalization? Since the hardware, gorgeous though it may be, has the life of a Mayfly, I won't be for long and I am extremely careful with technology.

Well it's a long story.  I was given one many versions back and I have to say that I will not buy one on my own.  I truly dislike how their hardware begrudgingly works with the rest of the world.

I also am begrudgingly using a smartphone at all.  I have very little use for them and the intense spying that goes on in almost all of the software makes me question why anyone uses them.  I am listening to a stream of music that keeps getting interrupted because their software can't get back to their ad server.  Tough.

There are many stories of people having a conversation with their phones in their pockets at a party and the next day they get ads for the topic of conversation.

Mind you, I never experience that because I block every single ad I can manage to in my own personal life.  Web pages run better, load faster, and are much less "creepy" when you figure out how to block ads.

I'm not against people getting paid for what they put out there, but there is way too much risk of having "bad things" happen to you since ads are now a vector for all sorts of nastiness happening.  Viruses, spyware, and Trojans have all been found pushed in an ad and since I'm not buying, I'm not having them. 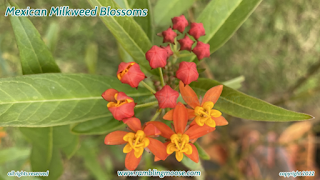 Since people have been lulled into complacency with Apple's mantra of "Join us in our walled garden and we will protect you", they also block you from maintaining your own phone.

What I mean by this is that that iThing in your pocket is a computer.  Apple was fond of saying it's a supercomputer which may or may not be fair.  But when they created it, they did some   things that change how they work.  They now do not work well at all as a computer on the network.  You certainly can buy an app that will allow you to read what you have on your network, I have written about that in the past.  But "normal" tools to do "normal" things are something that they seem to want you to pay for and do not work "out of the box".

For example, the hosts file does not exist in a normal form on the phone.  Hosts is simply a list of urls, addresses, that are being redirected to a different place.  There are reasons to stop you from doing that such as an app going in and writing its own information at the top of the file thereby directing all traffic to where the app intends.  This happens for various reasons, almost none are in your benefit.

So I run software to stop such nefarious activities.

I went out and took a bunch of pictures.  They came back in a newer format called HEIC.  Not old fashioned JPG or PNG which is what all my current tools are.  So I got torpedoed and had to find a tool to convert them to the older format so I could work for them today.

Am I being a Luddite and staying with the old formats?  Probably not permanently.  I have my way of doing things, and Apple is getting in the way of it.  Torpedoed me.  It won't matter much, if this does not go viral it won't get read by more than a room full of people.

One of the first things I learned in Software Development is never "force" a change without allowing the old workflows to exist.

They allowed them, but they made you try their way first.  To go back to the old and comfortable you have to opt out of their change.

For now, I've opted out.  Back to making JPGs on the phone.

No home button on the phone because the dead guy in the black turtleneck would appreciate the minimalism.  You have gestures, use those. I have a gesture right here, extending middle finger and ...

No headphone jack because of the dead guy.  But it's better he would say, and so would Apple's management.

Bluetooth audio is not as clean as a cheap wired headphone unless you buy their expensive high end headphones and I would wager that they still are not at the level of the $5 plug in headphones that you used to be able to get back to the days of the Sony Walkman.

Oh and you can buy a leash so that the multiple-hundred-dollar high end ear buds don't get lost and you end up with one with you and another one that had fallen under the Blarney Stone when you bent over to kiss the thing on your trip to Ireland.  Now you have the "wire" without the benefit of the clean connection and with added expense too!

Can you tell I'm not a fan?  I have lost an earbud or two during a workout and found them all, but as active as I am, having to stop my workout and hunt will break my work flow. 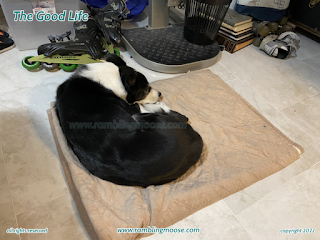 Have I missed the point?  No, technology exists to serve you and I, not the other way around.  When I go to put the boots on to do the next workout, the boots will get me to do my 27 miles, and if the headphones don't work or I am served ads on that phone, I am reassured that the phone will work under the water hazard that I skate past because I flung it in there.

But hey the headphones can still get to the phone in the pond because it's water resistant and UN-repairable because that's the way that the minimalists want it.

And I can skate around that pond because someone decided that an old school asphalt trail goes around it and my cobbled together Rollerblade boot mated really nicely to some Solomon 5x80mm frames for some interesting cruising skates.  None of those specific things were made during the same decade let alone during this one.

Wow, what a concept!