Everything is Five Dollars Picture 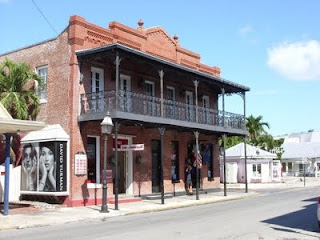 Local color and Adaptive Reuse.  When you're in a small city that was forgotten for a bit of time you end up having some rather interesting buildings that might have been torn down in an area that was more financially well off.   This rather interesting brick building has survived hurricanes, floods, winds and water only to end up as a shop that sells everything for five dollars.  That would be what the guy standing in the doorway was saying... over and over and over every time he spotted someone.   I could do without the constant huckstering but the fact the building was still standing was a nice benefit.