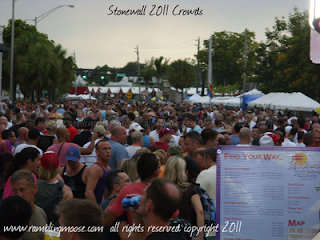 In case you haven't heard, there was a party last night.  Wilton Manors hosted at least 25000 people on Wilton Drive for the 2011 Stonewall Street Festival and Parade. 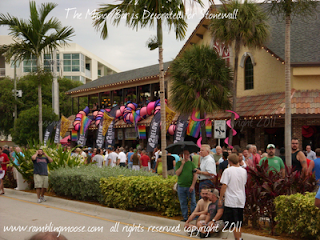 For a large crowd, it was a well behaved one, and the decorations were all over the place.  This was the Manor Bar Complex just before the parade arrived 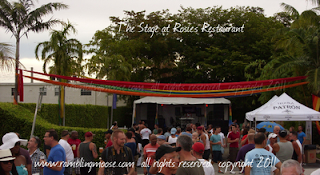 Rosie's had a stage set up with dancing as always.  The folks there were enjoying the vibe and the music. 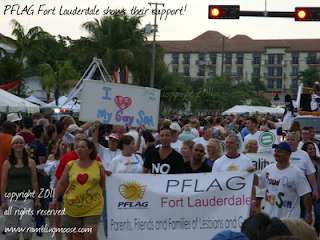 Showing that everyone deserves to be accepted, the PFLAG of Fort Lauderdale Group shows up in force!
Posted by Bill at 11:44 AM