Rack Hates It When I Sleep In

Every so often you just get a little tired.  You think to yourself, boy it would be great to sleep in a little tomorrow morning.

The schedule allows it, so why not, right?

Not so fast, sunshine.

See, I'm used to getting up at 5AM.  I'm not sure why, most likely it's because I was getting up in Philly to get to Fairmount Park on the weekends to train on my inline skates in summer.  It would get me to the park by sunrise, maybe a little before, and I could get in the workout before the charity walks would start.

Charity Walks plus "regular park use" do not mesh well.  I gave up on that at one point and went out to the Schuylkill River Trail starting at the City Line and skating past Valley Forge to Oaks at the Perkiomen River Bridge.

Even now, I'm up earlier than I really have to because it's "normal".

As we all know, Normal is just a setting on a dryer.

This particular morning I slept in.  6:30.  Oooh, such a slacker!  Up only 30 minutes before Sunrise!

The result is that things just got pushed later, including breakfast. 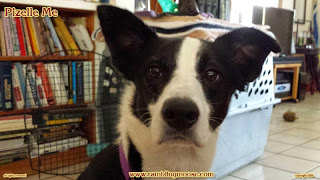 Rack doesn't like that.  You see, herding dogs are creatures of habit.  Even more than I am, Rack does things in specific orders at specific times.  By 9AM, he's sitting in his crate becoming one with it until pretty much Dinner Hour. 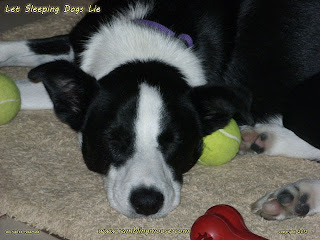 If you ever wondered what your dogs do while you're gone, it's probably very little with a few exceptions.  People at the door and the UPS truck.  Both of them make my boy Rack grow a pair and let loose a tirade of barking that sounds like a cross between a Yodeling contest and a Machine Gun.

A bit late, I wandered into the kitchen and started making breakfast and the second mug of coffee.   I'm beginning to master the art of standing in one place and reaching over the dog to get things done.  I am joined in there by 45 pounds of mostly black fur and two twin brown laser beams staring me down. 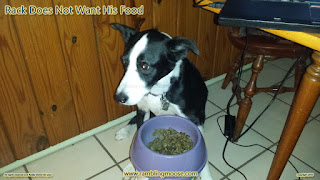 Why?  Yogurt.  He loves my yogurt to the point where it effects how much he will eat of his regular food.  I know that because when I stopped feeding him yogurt, two things immediately happened.  He began to eat more, and got more insistent in wanting yogurt.

Candy for dogs is bad, yogurt good.  Go fig!  Moderation in everything is best, little guy.


The kettle begins to scream for attention.  Looking down I see Rack less than a foot from my foot.  I step over him, get the kettle and pour the hot water into the French Press.  Give it a stir and I'm able to finish breakfast.

Until I open that 2 quart Mason jar of plain yogurt that finished brewing the other day.  He's up begging.  Playing it cool, I ignore him until there's only a tablespoon left in the bottom of the bowl.  Of course I had to make sure that all the Mango was gone from the bottom.  He hates Mango.  I must have the only dog in the world that does.

I'm back at fussing over the coffee and cleaning up the morning spills.   I hear padding feet back and forth pacing furiously. 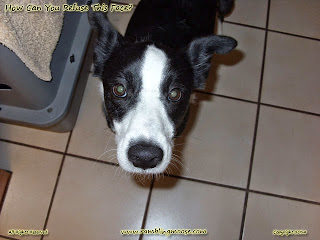 It's his way of saying Damnit Let's Go!

I get the rest of the things done, turn around away from the sink and I notice that my left side is smoking.  Smouldering from the twin brown laser beams vying for attention.  Intensity, thy name is Rack.

He gets up and trots to the back door.   "OK, let me get my coffee" I say as I see the tip of the tail wagging in the distance in response.

Open the door.  Two steps forward and he freezes.  There was a trash truck over at the businesses a block 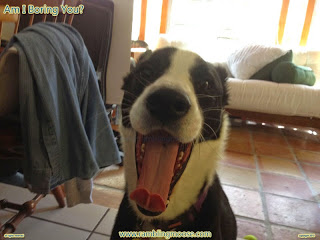 "Oh fer!  Come on Rack, come on out."  He doesn't really go very far.  I had to do a perimeter search anyway.   Getting to the far side of the property, Rack is still sitting at the door.

"Come on over here, boy!".  Head down, he comes around the pool and visits.  The truck had moved on and we are all clear except the FEC train going North out of Miami blowing its whistle to get people off the tracks a mile or so away.  That never bothered him before.

I ask him to Show Me and he trots back to the house.  I give up. 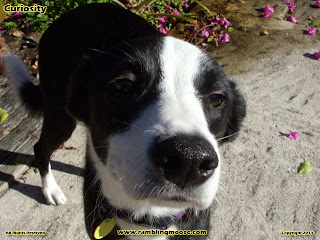 You see, what it is is that at 5AM it's a very different world out there, no matter where you are.  The world is still asleep.  It's quiet and restful.  Cotton candy clouds and stars like jewels sparkling in the skies and precious little else.  That's what a fearful dog needs.  Just a little bit of excitement.  Too much is like putting too much pepper in the soup - it won't be right.

Oh well, life moves on and adapts, little pup, and you're getting stronger too.  Some day, little guy, you'll be fine.  Until then you will just have to come to me when that big bad trash truck scares you.

Ok, lets go back inside.  I think there's some yogurt left in the bowl.
Posted by Bill at 10:10 AM