At this point they are staged to do some more substantial demolition.  The building has been decaptiated, the roof gone, the walls taken down to around six feet, and piles of rubble sorted for recycling.

If you have a mind to, the prior links are here:

Beginning to Demolish the Building - Gutting the interior

Removing the Back Walls 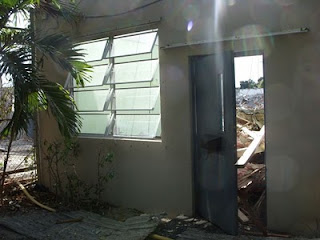 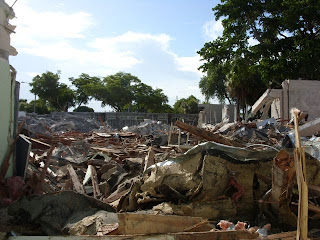 These two pictures are of the Historical Society and Wilton Manors Main Street office.  With the Roof gone, the door blocked open by debris, you can see into the yard at what once was. 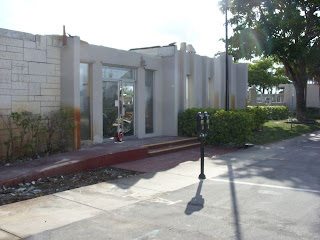 The Commission Chambers entry from the Exterior and the view down towards City Manager and Finance.  The door to the Chambers is propped open by debris and you can see into the building through a crack in the door. 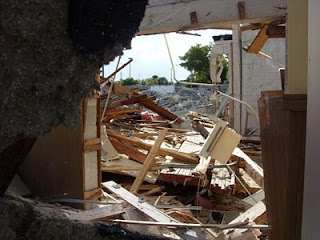 Once you got to that door, this was what you saw.  Piles of wood and rubble where people met to create legislation and celebrate life in Wilton Manors. 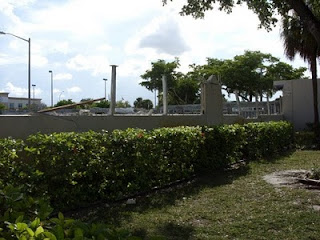 This was what was left of the wall where City Manager and Finance departments were at.  The roof is gone along with the windows and interior walls.  It now is a cracked wall around six feet tall. 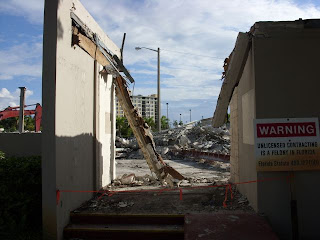 Where you used to walk into City Hall to see Charlie and Joy, there's a big open hole.  A piece of caution tape gave you a warning not to proceed, an interesting metaphor for the building. 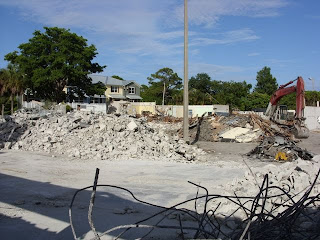 The view from the landing at the Police Department shows the interior of the building and the piles of rubble there. This is a hole nobody thought would happen.  In discussions of what to do with the land after, it was to be asphalted over and a parking lot would be the result.  Nobody expected that the building would have a partial cave in.  In none of the discussions did anyone mention that there was a basement under the old Police Department.  This will have to be filled in in order to be used for parking. 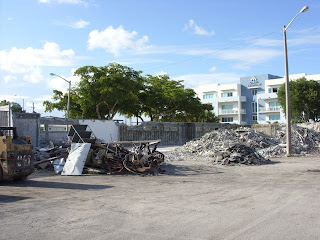 Here is the back yard and the remaining wall of the building.  The recycling is piled up waiting to be carted off to its destination. 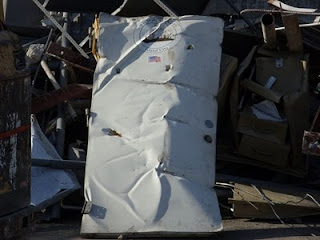 Battered and bruised, the doorway remains still with the City logo on it and an American Flag.  It will be recycled with the rest of the metals from the building.
Posted by Bill at 8:41 AM