Orchids Against The Shed

I would come down here every year, just like all the other snowbirds.

I actually got to enjoy what many would have seen as foolhardy, or simply difficult.  That drive.  1200 miles of it, one way.  Plus another 200 miles if I were going to Key West.

Usually I'd stop off and get some things for people left behind Back Home.  It's always said like that "Back Home", in capitals.  I'm not completely sure, but if you listen to a tourist, they're always stressing things, including themselves.  The people out in California tended to use the phrase Back East in the same way.

Gone, not forgotten, not completely sure what to do about them. 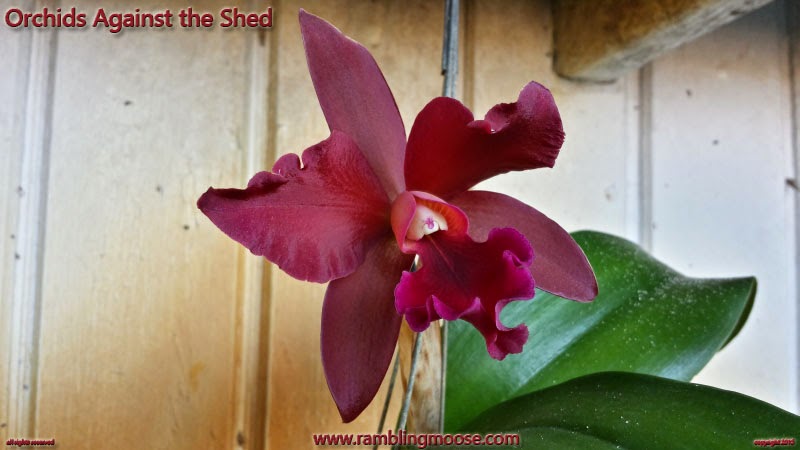 All of that and none of it.  Language, it's a strange art.

One of my habits was to stop off at a big box store that sells plants, and pick up some Orchids to take back.  Plants that would cost at least $50 if not $100 could sometimes be found on a street corner here if you knew where to look.  Out of the back of a pickup in a scruffy part of town, 4 for $10 as the scrawl would say.

The plants were never that pricey to begin with.  I also knew they wouldn't last long once they got where they were going.  Those little seedlings rarely did.

That was because the plants were being put into a climate they didn't belong in.  Centrally heated air held little of the humidity they needed, and the drafts falling off of a 1950s tract home's single pane glass would freeze a dish of water if the conditions were right.

This was the same kind of plant. I picked it up in a mesh bag as a seedling.  No more than a few leaves and a stem or two.  I was promised beauty of an exotic flower, if the conditions were right.

Stuck into a wooden frame with some bits of bark, it grew well and put forth flowers.

That was a couple years ago.  I had noticed that that pot was getting sad.  The wood was now riddled with weak spots and there was practically nothing left of the Orchid Bark.

It got re-potted, and it did well.   Some of that mystery bark.  I also got creative with the Spanish Moss.  Great beards of the stuff grow in my nasty bougainvillea and need to be cut back.

The Spanish Moss now could play for ZZ Top, I tell you!

Fist fulls of the packing material like moss went into the Orchid pots as well as that sad lingering staghorn fern that we have back under the giant sea grape tree.

I think it liked it.  It stopped blooming for a while.  Simply paused.  Then it started sending out blossoms like it was going out of style.

All this from a seedling we didn't expect to survive.  Go fig!
Posted by Bill at 9:35 AM