In the TV Series Sex and the City, it is said that New York City is a place where models run wild on the street and you can actually see them.

In South Florida, Classic Cars run wild on the streets, and you can actually see them.

The other day when I rolled into the parking lot at Pompano Airpark, I saw this cherry beauty.

Avanti.  The last automotive remnant of the old Studebaker Car Company.  There's still a husk of the 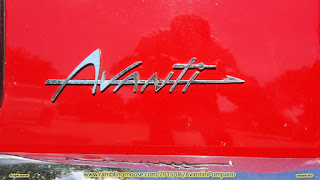 company left doing leasing or some such nonsense, but their cars are long gone.  Their last year was 1966 when the last car rolled off the production line in Hamilton, Ontario, Canada.  March 16, 1966.

The Avanti was never a common car, although someone near us in New Jersey had a gold one well after the company went away.  5800 roughly were built total. 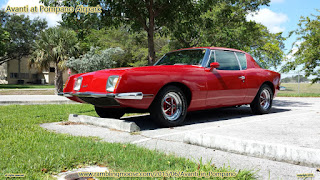 You or I will probably never drive one, and maybe it should just be that way. To find one on the road these days is the automotive equivalent of the holy grail.

When I rolled my Jeep in next to it, I parked far enough off from the car so as not to spoil the shots.  You just don't see these things in the wild.

I was That Kid that every neighborhood has even to this day.  I could recognize cars as a wee brat and tell you make and model with the high accuracy that only a child's OCD could manage.

When we were older, my sister and I would be taken places by our cousins.  They were the ones responsible 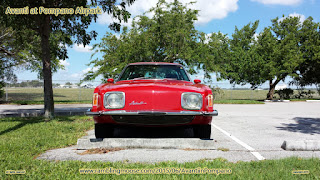 for igniting my own Motorhead spark.  We'd stick our heads inside the cars and ooh and aah at the speedometers that crept well over the more pedestrian 120 MPH of Dad and Mom's Buick.  Muscle cars of that era had speedometers that were well over 150 MPH.

Meanwhile I have a Jeep Wrangler.  It's never been over 80 and I can't say I've ever found the need to go faster than that.  Aerodynamics of a brick but I'll get there.  You may not, but I will, even if I have to take him off road. 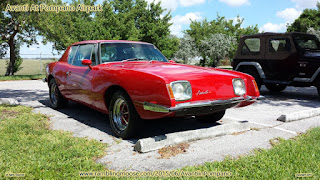 Squatting down in the parking lot I got these few pictures for friends who appreciate the art of automotive design like I do.

I know of someone who will be firing off an email to me any second demanding full sized copies of these, and I'll just send him here. 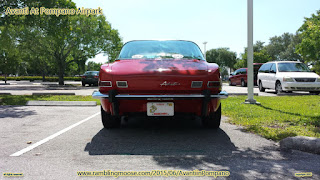