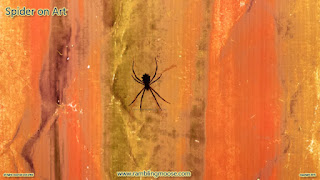 I have always noticed Public Art.

I will say that in this case it's a welcome art installation that works exceptionally well at night.  Art that Functions is a difficult dance to do well.

In front of Gables Wilton Park on Wilton Drive, there were once these blank spaces.  They begged to be filled.  Someone there decided that the thing needed was some lights.  Lights are great in Urban or Suburban environments, you never know what you will find.

Broadly, or what may find you.

They had the idea to put up light boxes.  Big rectangular boxes to break up the lines of the columns of the buildings.  Something to add to the aesthetics of the place while shedding light on the night.

Sure, they could have just put up a couple lights on a pole but where's the creativity in THAT?

Instead of having just a big white block in front of the building that would detract, they filled it with what reminds me of holiday wrapping paper or perhaps wallpaper.  It isn't rigid geometric lines, there is some texture and irregularities to it to keep it interesting, and the "wallpaper" is crumpled a bit.  The crumpling added a certain something to it to catch the eye as you walk by at 5:25AM, or whenever you are in the area.

All of that was a while ago and it has had time to settle into the environment.  Florida itself has acted on the art but it has remained remarkably stable in the punishing UV that we have here.

The environment has been moving in.  We live in an area that if you drop a seed, it will grow, and wildlife lives here with you, despite whether you like it or not.  Coyotes in Boca Raton, Iguanas blocking toilets, Black Racer Snakes in the garden, Cuban Brown Lizards on the windows, and Geckos keeping down the pesky mosquitoes that are everywhere.

I could do without the mosquitoes, truly.

In the case of the big orange square, er, rectangle, a large spider has made it its home.  There's just enough of a gap in front of it that a spider had strung a web there for the last week or so and is getting visibly larger each day.  Spider, go eat those bugs!

I'm sure someone will squeal at it and either knock the web down or worse, but for now it greets the day with eight legs, eyes, and who knows what else doing its spidery business, decorating art for all passersby.
Posted by Bill at 9:37 AM