Heating the House with Bread 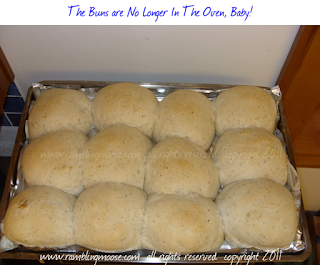 As I've gotten older, I have grown intolerant.

No, not like your crazy grandpa that screams at those damn kids to get off his lawn... or worse.

Moving to South Florida, it's relative, and even more annoying.

When I was going to high school, I stood out in the middle of a winter day of -4F, A.K.A "Damn Cold", in a shearling jacket and didn't feel it.

I was heavier then, I guess.  Fat insulates.

Going through University, I managed to dump that weight and -4 was never as comfortable again.

I would Skate my way through the 90s and 2000s eventually putting 21,000 miles on inline skates in all sorts of weather.  Even down to +20F I would be out getting a good workout - as long as I don't hit that patch of black ice on the trails at the bottom of the curve next to the river.

But that was about as cold as I would ever want to take it.   Even the dog didn't like it below 20F so I didn't feel so bad.

Lately in my little leaky house with those little leaky windows, cold snaps give me an excuse to grouse about the weather that I didn't really have in Pennsylvania.

On the other hand, being a pragmatic sort, I found a great way to warm the place up.

It gives me an excuse to bake bread.  Since I have a number of recipes, I've been keeping the oven busy with making rolls for sandwiches and "Swiss Rolls" of Ham and Cheese for lunches and dinners.  After all, if you have to heat the oven to 450F to get that caramel colored crust on top, it's going to make your toes toasty.

So why not be productive at the same time?   After all, it's my house and my rules, Right?

It has gotten rather reflexive.  "I'm Cold, what shall I Bake?" instead of "I'm Cold, let me press the Up Temperature Button".  My freezer is stuffed, and that's a good thing.

The last time I baked it was a recipe I shared.  The Insta White recipe that makes 10 perfectly light and "floofy" white bread rolls.   Take one of those dough balls, roll it out flat, add a couple ounces of ham and cheese and now you know what my lunch was.