Clogging the Phone With Notes in Picture Form

Sure, technology is changing but have you thought about how it's changing how you get things done?

I can't be the only person doing this.

It started with me in the shed.  I had a weedeater back there that needs some serious repairs.  It may end up in the bin but at least the idea is in my head that it needs attention.

Going back there, I saw a couple projects that were being used as homes for Lizards and Geckos.  There were about eleventy-seven little jelly bean sized white eggs in various levels of development from intact and growing to shattered shells telling me I needed to get back there with the Shop Vac.

I went back inside to work on the doorbell project. It wasn't really going Ding Dong any longer, it was going more like Ding Slap.  We were going to replace it but needed to see what was going on up there.  I was convinced it was 1960s era gear so it would be easy to find.  I was right, it all was shoved in a hole in the wall and hidden behind one remaining screw.  The rubber grommet fell away when I picked up the thing and hit my dog on the foot when it bounced off the floor.  Tiny little fossilized rubber things.  He didn't even notice the tiny tap. 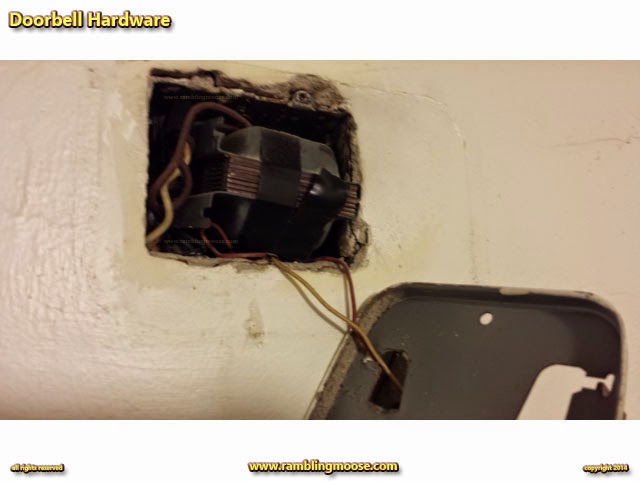 I decided to sit down, start the computer and look at the pictures.  There was a project there that needed tending to...

I had a Linux computer that had a boot message that told me that I had broke the ... oh never mind, it's been fixed, I don't get the message on that computer any longer.  In fact I can now see the network, find windows computers, access their hard drives, and print from the machine.  That's all very basic and very easy to do in windows, but in Linux it means you edit files and add arcane comments to it, then reboot. 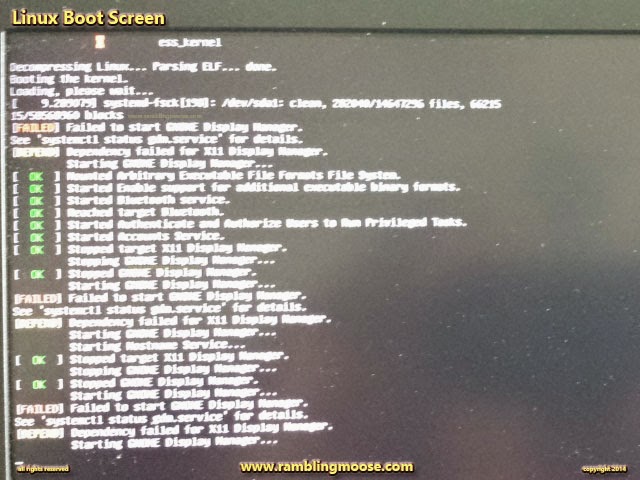 Luckily the computer reboots in under 30 seconds.

Working on those projects, I went through the camera memory.  I have a honey-do list in the picture memory and I can't be the only person doing this.

There were pictures of the weedeater, the boot screen of the computer, the inside of another computer along with the bluetooth card that is about the size of the top of a bamboo chopstick. 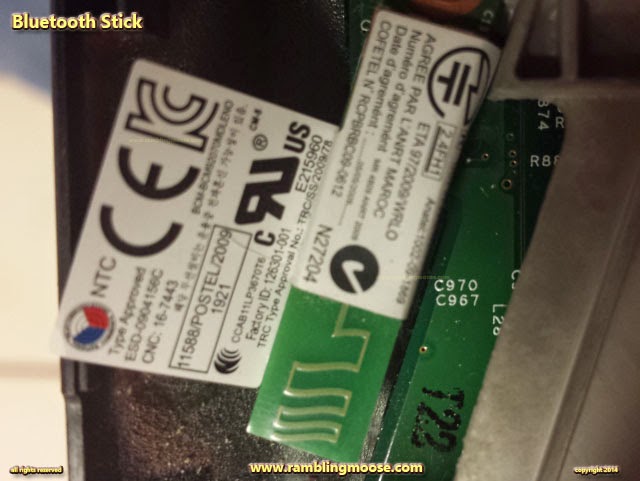 Amazing how small they're getting these days.  Back in my day, it had hundreds of vacuum tubes and took up a room, but the computer it would have hooked up to wasn't invented yet so they had to wait.

Some day, Precious, you will be mine.

It's easier.  My handwriting isn't that great.  I'm not that patient.  I forgot the paper and pen.

Laziness has met modern life and it requires computer hardware that would have been considered a "mainframe" "Back in the day".

It isn't so much that we're lazy, it's that electronics have gotten fast enough and common enough, and frankly, cheap enough to be everywhere.

We're just on the beginning of this.  There's a thought that there will come a day when your refrigerator will contact Your Favorite Supermarket and order a gallon of milk, a loaf of bread, and a dozen eggs for you.  You will be able to choose when this arrives, or whether you want to pick that up at a friendly counter at the front of the store where you can chat with Mr Drucker about whether you heard the latest gossip from over in Crabwell Corners.

All this will be caused because a credit card board was installed in your fridge that talks to the internet to do the work for you.  Called the "Internet of Things" you had better have a better set up in the house than you do now.

I say that because we are running into that problem here already and my fridge and the rest of the appliances are thankfully, dumb.

The TV, the internet radios (three different types), and all the computers already have overtaxed things.  Back in the day when we all got started doing this broadband internet stuff, a small router would connect to your computer, probably a 486 or a Pentium (one), and that would be it.  Now, everyone has their own computer, their phone will talk to the wifi router to make calls, and the music will still play.

Need a bigger pipe for all those sprinklers spraying internet all over your house, will you?