The days, being as short as they are in winter, present an opportunity. 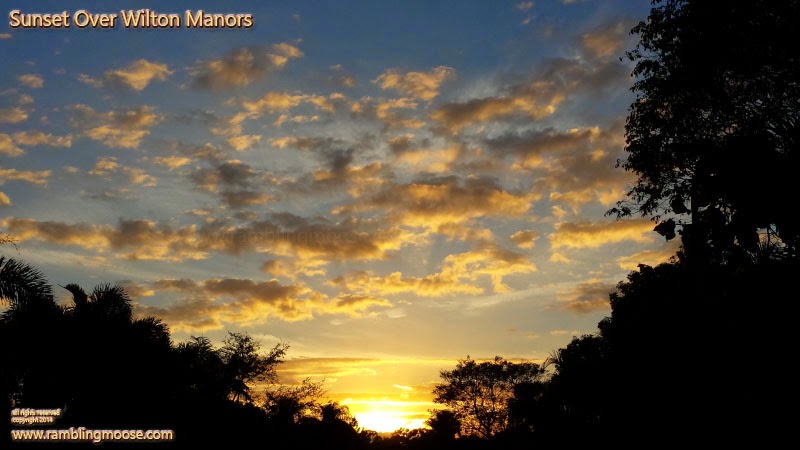 It's cooler, sometimes even chilly during the day here.  It allows us to get out and walk further.  We've all got a bit more energy so why not?

Leaving before the sun is down, we get to meet up with friends.  Both two legged and four legged.

The dog had been leaping into the air to get us to go ever faster.

An explosion of black and white fur stomping on the ground, whining excitedly, saying hello to friends gone for forever or at least a day.

As good as they are in certain things, nobody has ever accused a dog of being good at telling time.  They most likely know you are coming home before anyone else because they can hear the motor of your car further away, not because it is you, but because you have a noisy motor in it.

Suddenly the excitement stops.  The humans take advantage of the breather to move the dogs on.  The childlike bouncing around becomes a determined march onwards.  The others leave, we make it up to Wilton Drive.

Rack, being who he is, needs time on The Drive.  He needs to be injected against his allergy.  He has an allergy against loud noises, so we'll let Broward County Transit inoculate him as the 50 bus comes by and blows its brakes.

He flattens against the pavement and moves on.

Better than it used to be, that's for sure.

We make our way up toward Five Points and turn back into the neighborhood.  It has been a long enough walk.  I'm starting to look towards dinner, we all are.

Then we round the corner.

The conversation stops, words were not needed.

The sunset simply was enough.  A beautiful day ending with a riot of colors.  The remnant of the sun shining directly down the block.  Another beautiful evening in our own little city, as the sun snuffs itself out behind the gazebo of our friend's yard, we all head on in for the night.
Posted by Bill at 9:46 AM