I grew up a confused little boy thinking that the BBC World Service was a local radio station.   When I was Two and a Half, I discovered "Dad's Radio".  It's a Blaupunkt table radio with tubes in it and I have it to this day.  Datestamped October 1956, it's a true antique in its own right.

The music that the BBC played when I was a child was classical, strictly.  That British Invasion music that those who are a bit older than I am so enjoy was never played on the BBC, locally or on the World Service until the late 60s.  As a result, there are times when I just want to listen to Classical.

In my house, there's almost always something playing, although it is typically some form of Dance Music - Disco, Swing, or Trance.  It helps to drown out any outside noises, and makes it easier for me to concentrate when I am doing something for one of the groups I consult for.  Music makes for a better website. 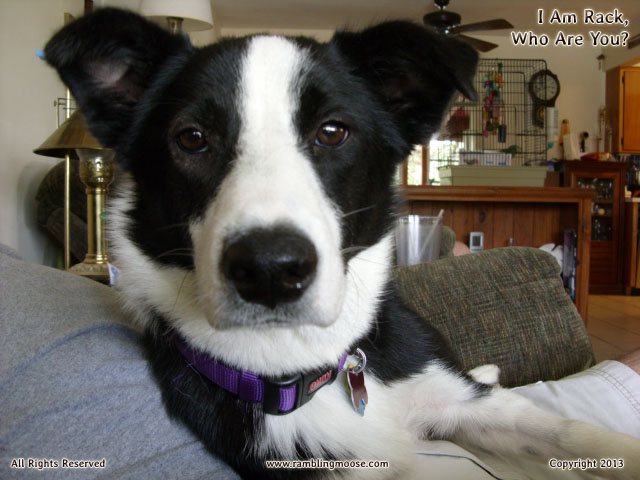 My dog, Rack, appreciates it as well since on Tuesdays and Fridays when the trash trucks come through, he panics.  Those roaring beasts in green come through and I know that I won't see the dog until they're well away from here.

He's amazingly intelligent, a McNab Dog always is.  He's figured out my own schedule, and is usually nearby when I am doing something.

This particular day, our schedule got disturbed.   We've had work done in the house, and outside.  The lighting along the back Utility Easement has started getting "glitchy" lately and needed maintenance.  Luckily my neighbor, Bill, is helping out with that.  We had gotten the wrong kind of boxes for the wiring, so a trip to the hardware store was coming up.  Last night we decided to get the boxes for when Bill could come back and work on these things again.

The first thing I did after we all finished dinner was to reach for the controller for the internet radio.  It is piped through three rooms and covers the house well.  I turned on the Classical station after turning off the TV.

Rack immediately got wise and began to fidget.   TV On is normal, Classical On means they're going out.

Rack doesn't like being away from me.  I am Rack's Job.  He has decided to be my companion, my protector, and my warning device.  In his black and white striped world, that means he has to be with me.

When the internet radio put out its one commercial announcing the station and begging for donations to the symphony, Rack trotted over to the front door and sat down.

I was still gathering myself together, but when I was ready, I claimed the door.   Claiming the door means standing between the door and the dog and making sure he understood that This Door Is Mine.  It works, he won't go outside unless I tell him he can.  The training is still in progress, he's not perfect, but we've got time.

Rack looked up at me, ears down, eyes wide open in a look right out of a comic book.  Dad, Take Me Too! he was saying.

I gathered the crowd together and Kevin had a bright idea.  "Lets go out by the Laundry Door!  He won't expect that!".

The three of us trotted out to the laundry and Rack stopped at the foot of the kitchen.   The kitchen has the evil Trashcan with the warning stainless steel bowl on top.  He doesn't like walking past that so he won't come fully into the kitchen ... or so we thought.

One at a time we got out of the house, locked the door, and climbed into the car.

As we fired up the motor, I looked at the door.   It's a frosted glass Jalousie affair that I had swapped out two panels of frosted glass for clear for my old dog Lettie.  She would spend time looking out on the world from that door whenever we went out.   She loved that door, and it kept her entertained and off my furniture.

Rack hadn't discovered the Lettie Window until last night.  I was sitting in the passenger seat of the car when I spotted two glowing eyes and a black and white face staring back at me.   Rack had gotten past his fear of the evil Trashcan Monster!

Finally, our little boy was growing up.  We got a chuckle out of him bending down to look out the windows, I guess I'll have to adjust that to suit his taller frame.  At least that one time Rack had discovered he could see out the door and look out into the world.

The strains of Chopin played on as we backed out of the driveway and went on our way to get our supplies.  But Rack had found a new view on life, classical music or not.