Patch Tuesday is Following You

When you get a chance, today, I'm giving you a task.

Shut down your PC.

Want the reason behind it?

I didn't think so but here it is as simple as I can phrase it:  Microsoft found some nasty bugs and they're fixed.

Seems like this sort of thing is happening more often, Windows demands you to shut down the computer in an orderly fashion because there's something scary that needs to be replaced.

How do you know?

This effects all versions of Windows that are supported including Windows 8 and 8.1.  Touch Screen people, have a look.  If you see a shield, shut it down and come on back later.

In Windows 7 and earlier, Click on the Start Button.  Look at the "shut down" button.  If there's a gold or orange shield next to it, save all your work, then click it.   It will close all your apps/programs/and what have you, then do its work.

You may continue to have messages come up after you click shut down, but just leave your computer alone, it will do what it needs to do.

After you come back to use it again, you know - turn it on?, it may go through some more churning before you can go back to surfing and playing solitaire.
Oddly enough this effects Mac OSX as well since there's a security violation over there.  Microsoft Silverlight is the culprit.

If you are still using Windows XP, enjoy it while you can, you're out of luck on April 8th, 2014 unless Microsoft has a change of heart and decides to fix things.  They're pulling the plug there and if you don't replace Windows XP with a newer version of Windows, or install something like Linux on it, you will be serving ads for some spammer in short order.

If you don't want to go through that, you can buy a new machine that is probably 4 times faster for about 300 dollars.

Now if your old machine is a really cool and thin laptop and you want to rehome it safely, do let me know.  I'd love an Ultrabook to put Debian onto.

Not that I need one mind you, but it would be cool.

I can also install Debian Linux for you for a minor fee.  The operating system is free and most of the things Mom and Pop like to do on it are free too so you can go on about your business with your old machine, new software, and some street cred while you're at it.

You know, Surf, Solitaire, Letters... that sort of thing.

But Windows People, Shut Down your computer today.
Mac Folks will be told they have an update.

My Linux Machine ... it just keeps going on without a problem. 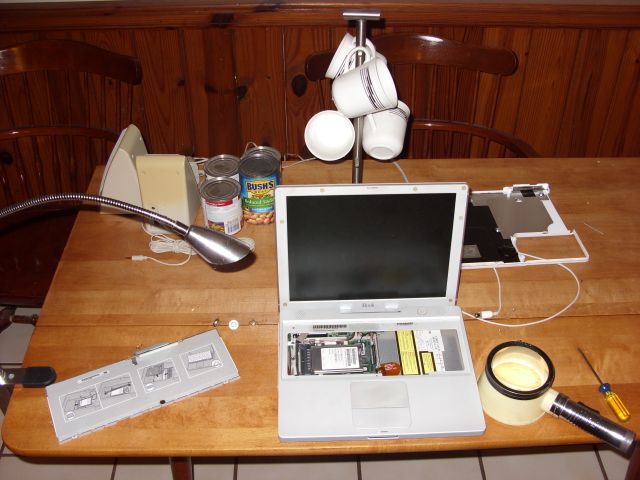