In Retrospect A Cadillac Wasn't The Right Car To Take Offroad

Admit it.  We have all done some pretty bizarre or boneheaded things in our days.

If you haven't, I bet you're not all that much fun.

We all know someone who decided to launch a trash can onto the roof by putting it on top of a piece of fireworks then lighting it in their front yard.

We all know someone who used to build go carts in their back yards.

We all know that neighbor who insists that Raccoons are great pets.

All of that happened in my own childhood in my own sheltered suburban upbringing in the fabled city of Cherry Hill, NJ.

So get off your damn soapbox and hear the story of one of my own boneheaded trips.

You see, I like to travel.  Truly.  I like to get out and explore and see things not necessarily in my own backyard.  I used to go on my bike and ride out of my protected neighborhood to the wild place called Woodcrest Shopping Center.  It would take me out to Berlin Road, then over the I-295 bridge and the NJ Turnpike Bridge.

It was a world away, and it made me feel like I achieved something in my own pre-teen mind even if it was only a mile and a half off from the house.

Later when I got my first car, we started to explore.

I'd go down to a semi-adjacent town to visit a friend.  Somerdale, NJ.  An older settled burb that was a little less Wonder Years than my own home.  It felt different.

We'd go further on until we got hooked on going offroad.  I still have my third Jeep Wrangler, but the first was a CJ-7.  The CJs were a rough buckboard of a car that were so uncomfortable that I traded it in on a compact car in Indianapolis after going for a visit one year.

But while I had it, I discovered the New Jersey Pine Barrens.

South Jersey is nothing like what "You People" think of when you think of New Jersey.  No closely settled homes in rows where you might get a good meal on a Sunday afternoon, those places have their own charm, if you grew to know them.  They're also kind of polluted, since they are too close to New York City or Philadelphia.

The Pines are where the roads turned to dirt.  There never was a real reason to settle these areas since the soil was basically beach sand and you couldn't farm other than Cranberries.  If you look from the skies all you see are pine trees, berry bogs, cedar water rivers, and small towns in the middle of a vast "empty" area.

But if you explore them, you find a beautiful forest unlike any other place that was surprisingly easy to get to.  They're latticed like a good pie, Cris-crossed by groomed fire-trails so that when the dry summer season hits, the fires can be stopped before they burn down those little towns.

You really didn't need a Jeep to go through those areas, but it helped.

We'd drive down to the Carranza Memorial and see the monument to the man who died flying back to Mexico to speak in New York about the children's fate back in the pre-war era.  Those same children saved their pesos to build that monument.  Now, you can get there and picnic easily since the state built a small parking area. 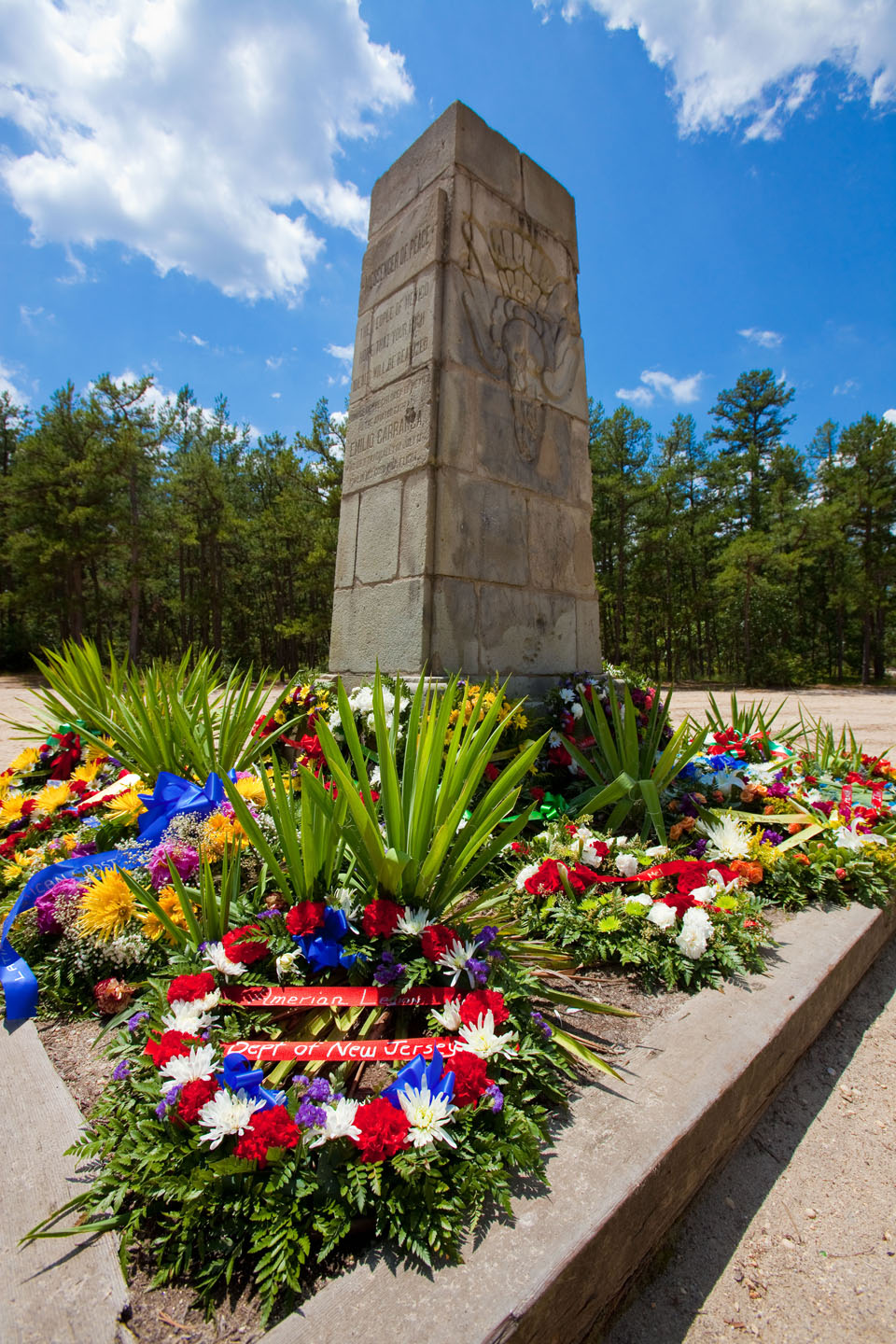 From there you can hop on one of those sand trails and drive almost all the way to the Jersey Shore without ever touching tire to tarmac except to cross over the road.  We'd stop at Apple Pie Hill to take in the view from the highest spot in South Jersey, a whole 205 feet or so, plus the fire tower.  On a good day you can see Atlantic City, Philadelphia, and if you are really lucky and it is clear, New York City was just in view.

But most of that time I did it in my Honda Accord that predated the Jeep.  A 1978 Honda.  You had to hope it didn't break because parts had to come from Japan directly, and it rusted out by the second year in the front quarter panels because they designed little pockets for water and debris to sit in and corrode.

Surprisingly I didn't get stuck.

When Mom got her new car, I knew I had to go explore with it too.  Great.  Me and two of my friends piled into Mom's Car, an early 1980s Cadillac Sedan deVille D'elegance and headed out.

Mind you, since Jim was living in Medford, NJ, a beautiful suburban town on the edge of the NJ Pine Barrens Preserve, we knew we were going to see what this puppy could do.

Great, lets go to Atsion Lake.  Beautiful place where you were supposed to be able to see the Milky Way if the night was clear.  I never did.  I always believed it was a myth living in the light polluted areas near Philadelphia all my life. 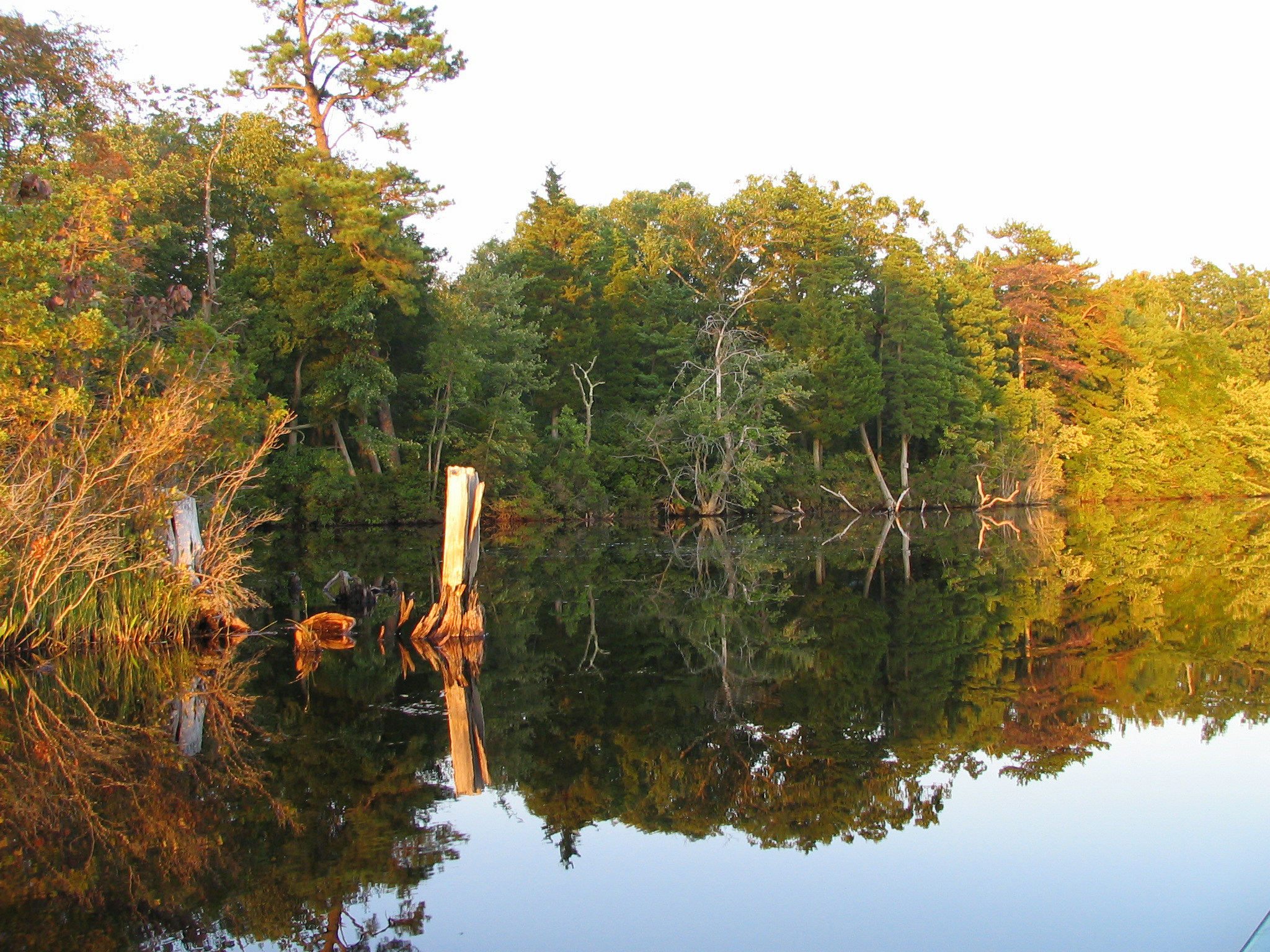 But we got there.  Easy to get to, open two lane black top and we could open it up.  Nobody else there anyway.

I got a gallon of Pump Water for a girl I was seeing at the time since she always raved about how sweet the water was there.  It just tasted like iron to me so I let her keep the jug.

After boring ourselves, we hit the sugar sand road that went east toward Long Beach Island.  Not such a good idea.   The first couple miles were great.  We wallowed past a pothole or three, but nothing really tough.

See that's the problem.  Eventually those roads became the road less traveled.   Bringing a full sized Cadillac on a sand trail made no sense to anyone but us.  The pines closed in on the trail and eventually it got so that the trees were just on each side of the road. 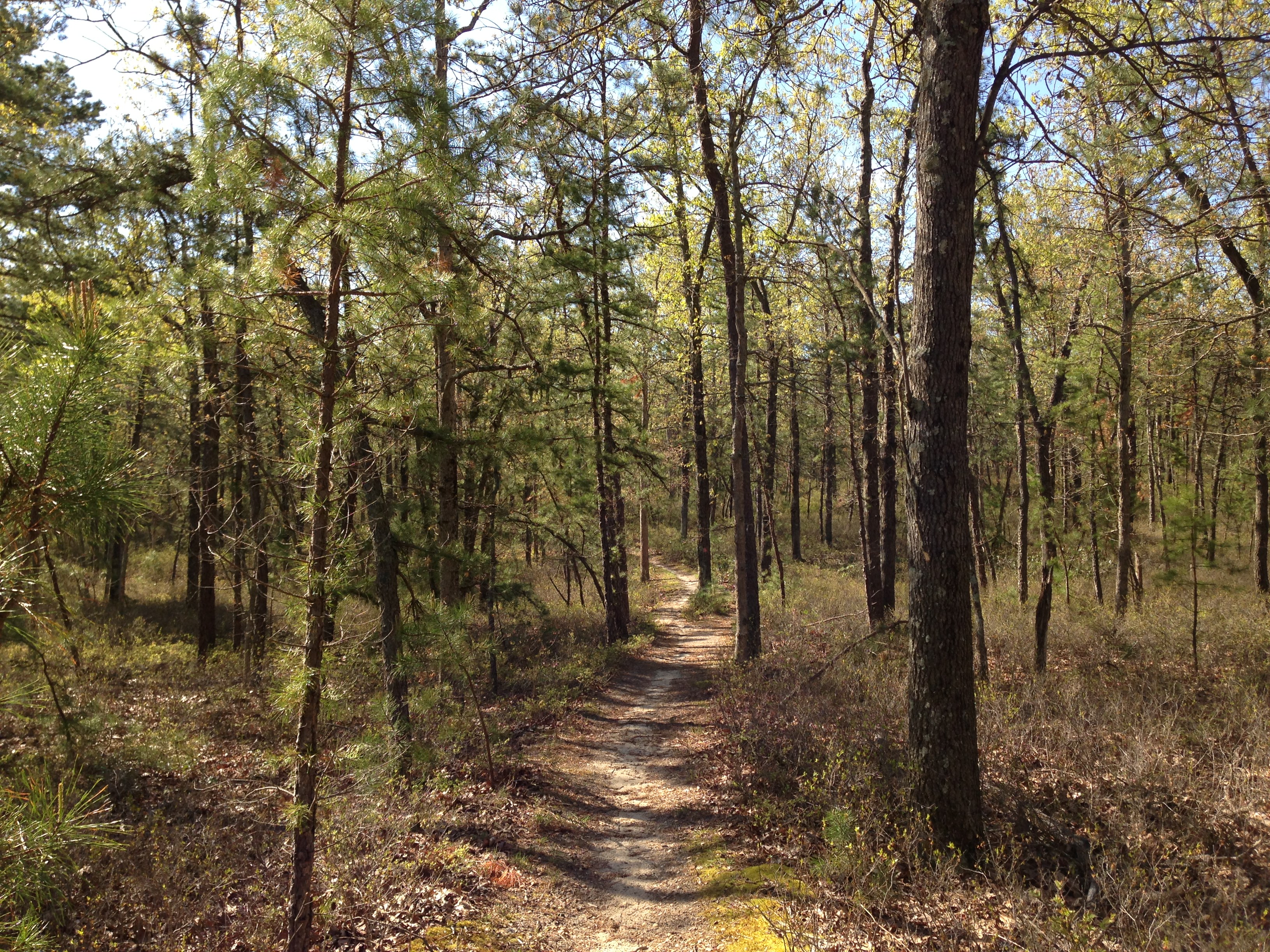 Beautiful spot but you just knew you weren't in the right car when driving on the road felt more like you were going through 6 inches of snow.

When is the last time you saw a Cadillac going through a 6 inch snowfall before the snowplow hit?

You guessed it.  About five miles from Atsion Lake, we wallowed to a stop.

I was wheel hub deep in white beach sand.  That big Caddy buried itself to the transmission.

I popped the trunk and began to dig.  It moved easily and we were able to free the beast and back out of the road.

"Not a good idea, Guys, lets head back to the lake!"

We all agreed and got everyone back home.   I rolled into the driveway around midnight.  Mom was fast asleep as was Pat.  Giving the car a quick hose down, I washed away most of the evidence.

Mom drove the car to work the next day not knowing what happened.  She did have me hose down the driveway and ask how all that sand got onto it.

Lets just say it was my education leaking out onto the driveway.   We never did the Caddy again.  The Jeep worked fine when it arrived, and until then we fed our offroading needs with my buddy's CJ-7.

But people do ask me why I keep my Jeep.  Because of times like that.  When I do go back to visit friends and family in New Jersey, I intend to do that trip.  It may be the last time I get a chance to go offroad, but trust me, I'm looking forward to it.