April Fools, The Most Beige Of All Holidays

My own personal name for April Fools Day is "Amateur Day".

This is the day that people set up pranks, jokes, and other "fun" for other people, and it is always done at their expense.

Almost always.  I can't think of an April Fools Day Prank that wasn't done so that it intentionally was played on the one that made the gesture in the first place.

Amateurs.  Leave the jokes to us professionals, the ones that are making jokes the rest of the year.

The comedy clubs would be full tonight, if comedy clubs were still popular.  I don't know, is that still a thing?  Open Mike Night Anyone?

Going through the normal routine this morning, well before sunrise, I noticed that there were web pages doing silly javascript tricks like having the thing melt in front of you.  Others like NASA's Picture of the Day had a picture up of a cow space suit begging the question of what would cows be like on the moon.

Flatulent and slothful, to paraphrase one of Jeremy Clarkson's insults.  There are many of those insults.

But it is indeed the most beige of all holidays.  It is a day that you leave little cups of water on doors that are set ajar so that they drop some water, but not too much, on the unsuspecting passers by.  Perhaps tape across a doorway so they walk into it?  Spiders in someone's desk drawer?

Plastic I hope.  I used to keep a box of plastic ants in my desk at the office.  Someone knew they were plastic when she wanted to see it.  I merely opened the box, told her that they were indeed plastic, and then popped the box slightly in the air so that they jumped.

She did as well as she ran from my office, squealing. 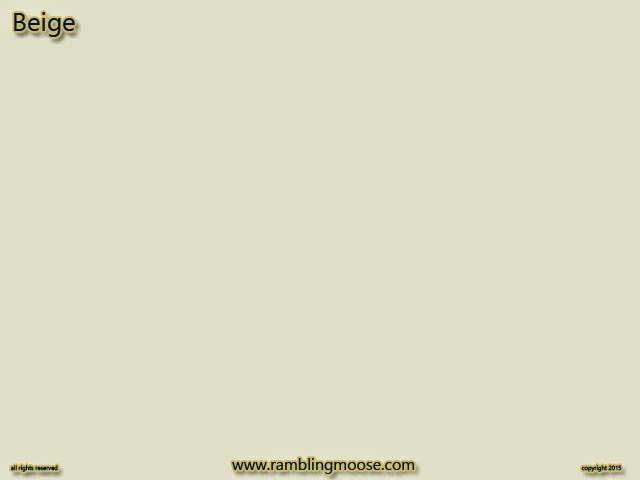 If you have a dress shirt that is beige, you will try to bleach the beige out.  But it will still be beige.

My floors.  Beige Florida Tiles.  One square foot of beige each.  You start to clean them and you just have to stop after a while and say it's as white as it will get.

Sure, it has its place, although I'm trying hard to think of it.  Maybe on a drape?  No, it will just look dirty and someone will try to clean it.  On the car?  Nope, again, to the car wash with you.  On the computer?  Nah, again, just dirty white and even the knockoff PC manufacturers discovered real colors years ago.

It's a color that doesn't try hard enough.  It's what it is.  Like amateurs trying to play an April Fools Joke, it just comes up short.