So Why Is Your Dog In A Restaurant and Out Of Control?

You have a "Designer Dog".  A little bit of a thing not much larger than a Beanie
Baby or a Teddy Bear.

Maybe you have your own macho designs and have a bully breed.  Plops down next to you wherever you go.  Loyal dog who will walk through fire for you. 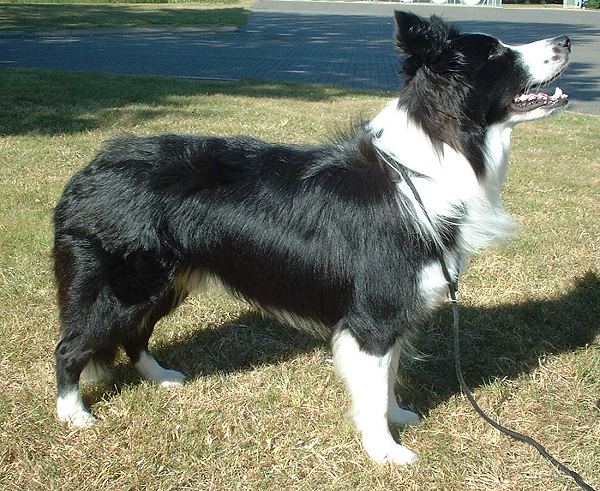 Could be a mid sized dog, a terrier or a collie.
Amazing dogs of high intelligence that can do tricks, but also capable of reason and problem solving.

Great.  I don't want to hear them.

Don't get me wrong, I am a dog owner who likes taking my dog out around town.  When I heard that the restaurants in the neighboring city of Fort Lauderdale allowed dogs in their outdoor areas, I knew bedlam was about to ensue.

Typically those people who insist their dogs come with them into restaurants or other crowded places like Shopping Malls treat their dogs as a "Child Analogue".  They are trying to make a dog act like a child.   They have them in strollers - an annoying appliance in the best of times, or in a purse.  Ok, not necessarily a purse but a bag about the size I used to cram my gym gear in when I went for a workout.

"Your fault" you are told when the dog snaps at you for a misstep.

Here's a better answer.  Leave the dog home.  If you can't leave the dog home, take the dog for a ride, in the car, to the dog park and actually interact with the dog.  Both of you will be better for the experience.

The hardest part of having a dog that is learning fast how to be properly behaved is
to realize that not everyone else wants a dog but a fashion accessory.  When my own dog, Rack, who's favorite thing in the world is to meet other dogs backs away from YOUR dog, I know there's a major malfunction going on here.

If your dog is barking at another dog 20 feet away on a street or sidewalk, your dog is in need of training, and you, personally, need some of it yourself.

A "Cute Little Yorkie" on an impossibly long leash in a crowd is an accident waiting to happen.  When that cute little Yorkie gets spooked and decides to bark its fool head off, don't blame the boot when it finds the dog.

A bit severe? Perhaps, but you know what's going on in the mind of that person right now who had the altercation with your "Sweet Little Dog", right?

No, Ma'am I don't want little Frou Frou's fur in my Baked Cod.  Keep them at home.

By the way, in Wilton Manors, according to code, a Dog's Leash may be no longer than 4 feet - no exceptions.   Since the code here is typically "borrowed" from other cities and towns which is standard, I would be willing to bet that is pretty much standard as well.

So how do I judge whether the person on the other end of the leash is balanced?

Look at the dog.  If that dog growls, jumps, barks, shows teeth - the person is at fault.  They put the animal in the place where there is a potential to harm - dog or person.  That Person is therefore at fault if the dog decides to bite.

They are also the first to tell YOU that you don't have a right to be there.

Um, you're kidding me, right?

When Wilton Manors allowed dogs in outdoor sections of restaurants, it was done with the proviso that if the dog is acting up, it will be removed and banned from the business.  Any damage that is caused to the premises will be the responsibility of the dog owner.

However, any damage to anyone else, two legged or four, caused by the dog renders the business liable, as well as the owner.  The business itself can be banned from allowing dogs on premises.

There's a simple solution.  Keep your little fluffy furkid at home.  If you're calling it your child, or your furkid, or anything else similar, you're the problem and not the solution.  You are denying your dog's natural born right - to be a dog.

While I strongly believe pets are family and should be treated with the same rights within reason as you or I, I have a right not to be molested in public by someone who doesn't understand that it is not appropriate behavior to tie your little white dog to a bar stool and go get a beer.

Keep them at home, they won't miss you that much.  If you think they do, then keep yourself there too or take them to a dog park.  There are too many unbalanced creatures in society as it is.

Train your pets, love and enjoy them, and keep them from harm.  But please, leave them home.  I'm tired of correcting your dogs.
Posted by Bill at 9:54 AM