Rack In The Car, Oscar in The Yard, Weather, and Pests on the Phone

Having a picture that just refused to be cropped correctly for a month, I settled in to work on it.

It just wasn't going to be an easy one.  Most people would shrug and say try again.  I am too stubborn.

The first problem was it looked like something from the criminal's lair in the campy old TV show from the 1960s, Batman.  Tilted to the one side, it was a picture taken behind my back.  I was trying to be slick.  I didn't want my dog to be distracted.

One day we had piled into the big blue beast and drove down to the office.  This was one of Rack's all time favorite things to do.  We would head down A1A and he'd stick his head up just high enough to watch the endless summer parade by with accents of tourists and palm trees.  For a dog that I see shut down way too often, the joy in his canine brown eyes was a pleasure to see.

So I stuck the camera under my left arm, between the seats and tapped the trigger a couple times to fire off a couple shots.  It wasn't like I expected much.  But I did like the picture if I could "Do Anything With It".

I settled in this morning to play with the software.  I could eventually paste it into Photoshop, but let's see what happens in Irfan View with a judicious crop.  Try to find the rotation tool...

The weather alert fires off for the first time in weeks.  I'm actually happy it "still works".  Listening to Sneezy The Weather Robot, I try to get a little further.

Phone rings.   "No, Dave's not here, man!".  Yes, seriously.  Cheech and Chong when the phone rings before 9AM is about the best I intend to do. 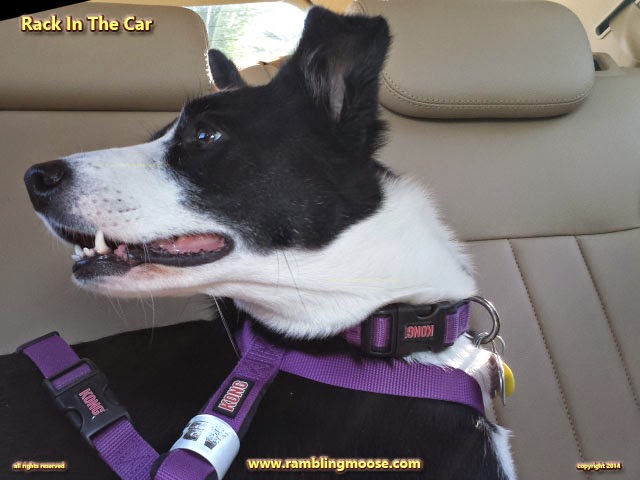 I take the top of the cage, bird and all, out to the back yard.  It's raining buckets, but the water hasn't even gotten off the roof yet to soak the back of my shirt as I walk him out to the pool deck.

That gives me 15 minutes to work on things.  A pass through the Spanish Tutor.  I could eat apples and drink milk with the best of them but only while I'm on the toilet apparently.  Learning Spanish On The Loo it should be called.

I head back out to the chair to work with the picture more and play Photo-barber.  It's a square format, it will have to do.

The rain stops as suddenly as it started.  Better go after the parrot before the Opossums or the Raccoons do.  The "scale" on the outside of the cage had washed away in the torrent. 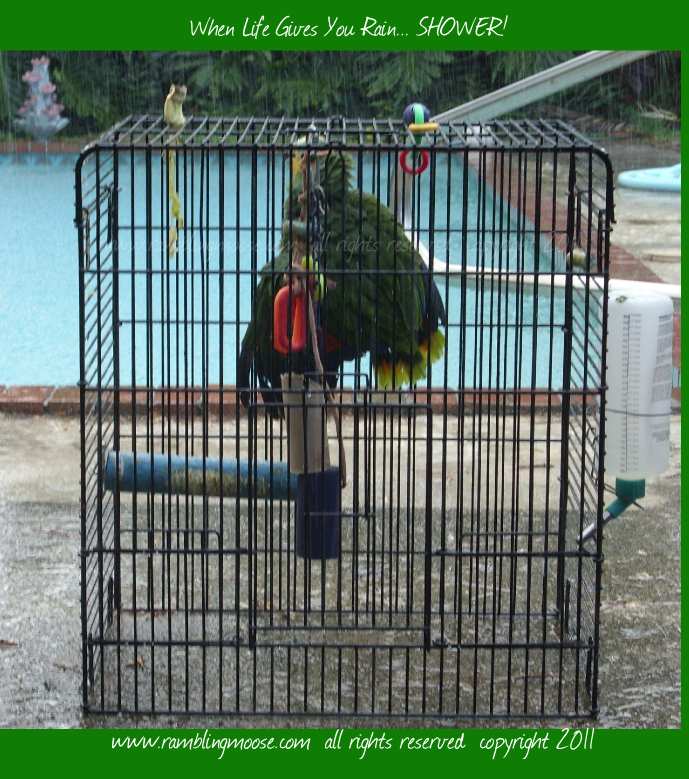 I bring Oscar back in and set the top of the cage on the base.  Phone rings.

Tommy Chong, I am not.  I am however getting tired of the wrong numbers.  There's a car website somewhere that people sign up to opt in for phone calls from people to help them find cars.

Opt in.
To Find Cars.

"No, dude, you've been scammed, remove the number he gave out mine".  I usually can't even get the sentence out before I'm talking to a dead line and a bloop from my phone.

I start getting texts from someone who insists I need to look at a video on my phone.  No, I won't bother, the idea that I have to watch a commercial in order to watch a video that lasts less time than the commercial is insane.  All that is blocked on the computer.  Adblock Edge to the rescue.

Phone rings.  More "Dave".  http://www.truecar.com has my ire.  I will never be able to block all of these things.

Look at the watch.  A 10 minute crop and edit has taken an hour and a half already.

Oh well, by the end of this I will have every single car dealer in South Florida Blocked.  Thankfully I have a modern Android phone that lets me do that sort of thing?

One last burp.  The music in the house.  It stutters, I think nothing of.  I'm almost done here..

The internet goes down.  Damn Comcast!  I walk into the laundry and reset the cable modem.  That doesn't help.

Comcast is down until 2pm.

(Sigh) One Of Those Days.  I'll have to use the bluetooth keyboard and finish the post on the phone.