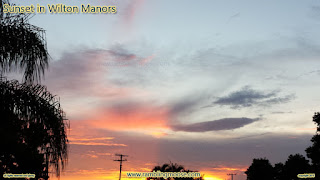 In the front of my little house, on the little island city, in this little part of the world, I have a chair.

The chair isn't so little because I am not either.  But there it sits.

I have a view out into the world.  From where I sit, I look West.  I see all sorts of people go by every day, many of the same people pass by every day at the same time.  Others just occasionally.  I even put a security camera out on the spot for a while at the same view, but I found it much more pleasant to sit in the big green chair in front of the window and watch things go by, live.

I guess this is my own version of sitting on the front porch watching the world go by after dinner.

We park ourselves, put on some old scripted comedy show from the last century, and watch the serial roll out its plot.

At this time of year, it takes a little bit of engineering to remain comfortable in my perch.  The sun comes down over the city just in the right angle.  Mid afternoon I'm getting reflections off of any car parked in the sun in the driveway.  That is to say, the light off the front of someone's car would etch an impression into chrome, let alone your eyes, so for that hour it's best to move away from that spot.

After dinner is best.

The sun does come down just in the right angle to be annoying in summer.  In a couple weeks, sunset will happen behind the neighbor's palm tree and I'll be able to watch the skies change without any lingering eye stress.

There are always a few clouds here.  It's a very rare day that you can stand in the middle of an open area, spin around and not see the top of some distant cloud somewhere.

That's fine.  It's a measure of how wet our climate is.  It also serves to catch the last few rays on the underside as they change the clouds from white, through yellow and gold, to oranges and red.  Some days you still can catch a little purple on the underside of the clouds in the western skies a good half hour after sunset.

But lately, they've been magnificent.  It's also possible that that particular sitcom had been watched one too many times and the sky show is much more interesting.

There are evenings that I see a scene so beautiful that I want to share it.  Make a comment to anyone listening near or far and tell them to have a look out the window, just for a bit.

This was one of them to share with someone far away.  Gone, but soon to return.
Posted by Bill at 9:06 AM